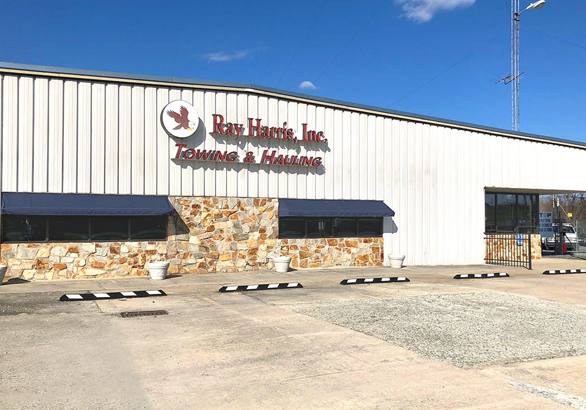 Ray Harris Towing was started by Ray Harris in 1954 as a brake and alignment shop. His son Dennis Harris and Dennis’ wife Belinda purchased the business in 2002. Today, Ray Harris Towing offers light- to heavy-duty towing and recovery with a special focus on vehicle and equipment storage at our secure, state-of-the-art facility.

The Harris family has a long history of participation in their industry and community. Three members of the family: Ray, Dennis and Belinda, have been inducted into the International Towing and Recovery Hall of Fame in Chattanooga, Tennessee.

To be inducted into this prestigious organization is an honor, to have three members within a single company inducted is a rare occurrence and a testament to industry and customer dedication. 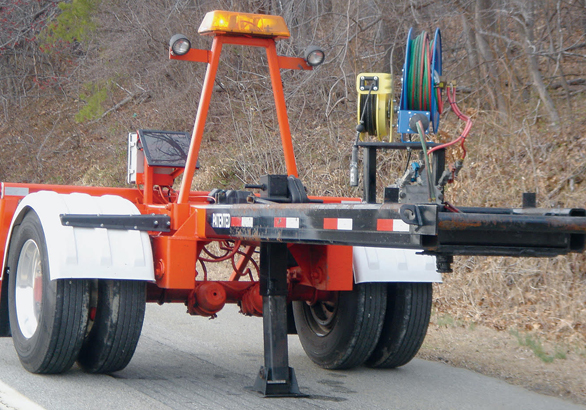 Dennis Harris of Ray Harris Inc., of Greensboro N.C., thought there had to be an easier way of towing tractors rather than pulling the driveline or axle in hot, cold or wet weather, caging brakes, and worrying about tractor wind fairings.

As an employer, he was concerned that a driver could be injured when removing drivelines or axles, or the driver could damage them. Or, if the driver tried to turn around on the inter-state there might be an accident.

He also came to realize that many truck service shops were asking towers to replace drivelines if they were removed.

Harris worked on an invention to eliminate these problems and in 2003 built the M.A.T.T., or Mobile Assist Tractor Transporter, which lifts the rear of the tractor off the ground while the tow truck tows the front. 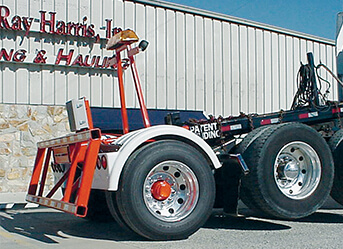 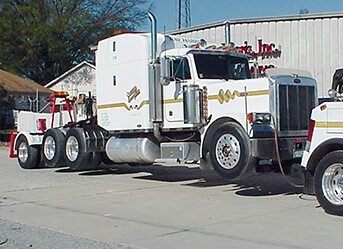 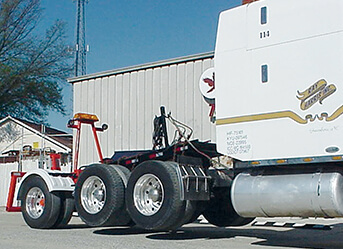